Think of it like this: Coffee beans don’t grow in Utah. They must be imported. “But if you roast the beans here, you’re qualified for the program,” said Wayne Bradshaw, marketing and economic development division director for the Utah Department of Agriculture and Food, which runs the Utah’s Own program.

The same is true for tea brewed in Alabama, peanut butter processed in Oklahoma and potato chips cooked and bagged in Virginia. The main ingredient can come from around the world or across the country.

Ultimately, the article isn’t wrong – nor is it the first to point out problems with local (The Tampa Bay Times wrote about a similar problem in Florida “farm to table” back in 2016, for example).  The notion of “local” has always been confusing and misleading – and mostly urban-centric.   That being said, here are a few answers to important questions.

1.   How close does something need to be to be considered “local”?

Someone actually asked me this after a recent talk of mine at the Great Lakes Hops and Barley Conference.  The Food Safety Modernization Act in 2011 set the line at within 275 miles or within the same state, but Dawn Thilmany McFadden found that the average farmers’ market patron sees local as constrained to “produced within 50 miles” or “produced within my county.”

2.  Is local agricultural production the same as “local food”?

This is a tough one, and (I think) merits more study.  Part of it depends on the perception of local itself.  When I think of “local” Chicago food, I think of Deep Dish Pizza – but I never think about where the beef for the sausage was raised or where the feed for the beef cattle was grown.  In my eyes, the resurgence of local foods echoes this social desire to reconnect with one’s location, meaning that demonizing local food production is not not particularly productive.  Why can’t a tart cherry AND a coney dog be considered “local” in Detroit?  Bailey Norwood’s Food Demand Survey at Oklahoma State University is in the process of some data collection to try to evaluate that question right now.  Specifically, he is curious about how a consumer’s identity of local foods relates to a state’s production of local foods.  My guess is there is a pretty big disconnect.

3.  How much of a food needs to be locally grown to be considered local?

Think about beer.  I like to order craft beer from wherever I am when I travel.  If I’m in Stillwater, OK, in the spring, I’ll probably be drinking the Exit 174 Rye Pale Ale from Iron Monk; if I’m in Hillsdale, MI, in the wintertime, I’ll probably be drinking the Oatmeal Raisin Stout from Hillsdale Brewing Company.  That probably won’t change even if I were to find out that Iron Monk’s Rye isn’t from Oklahoma or HBC’s Oatmeal and Raisins weren’t from Michigan.  So the better question might be: Are consumers willing to pay more for a local food with locally sourced ingredients?  In the case of beer, the answer looks like a reserved yes.  But it’s possible that other foods might be different.

4.  What is local all about anyways?

I’ve been thinking a lot lately about the Wichita Flag. 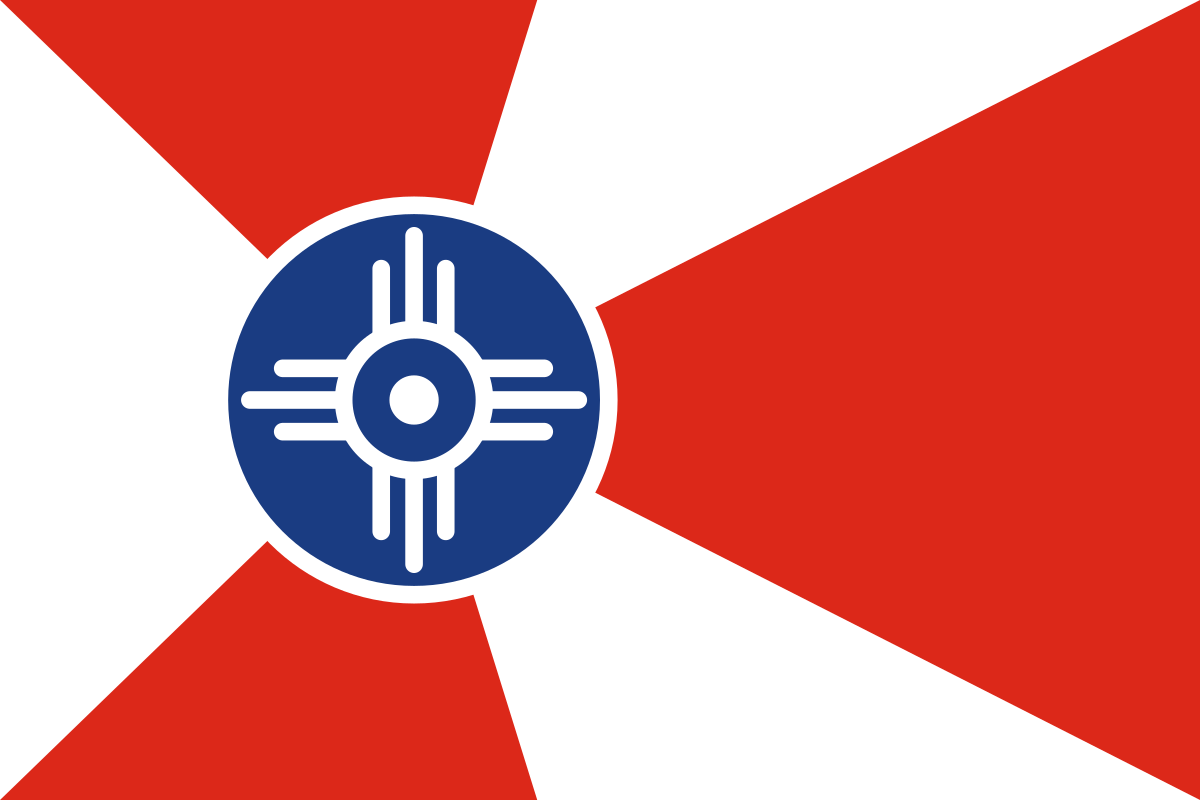 Despite there never being a political push nor a constraint on its usage, the thing has taken Wichita, KS, by storm.  For example, the Wichita Eagle ran an article titled, “Popularity of Wichita flag firmly planted in city.”  I’d love to see some kind of research on how this grassroots campaign influences local food demand.  I’m inclined to believe that it might be more effective at local food promotion than a “Grown In Sedgwick County” campaign – although that’s an untested hypothesis.

The conclusion of the USA Today article seems to suggest that there needs to be more government oversight of companies who are incorrectly labeling their products.  This is a tough call in a world where you can find GMO-Free Water and gluten-free tomatoes, but I hearken back to a standard argument from local food advocate Joel Salatin: You can’t legislate morality.

Joel Salatin. Everything I Want To Do Is Illegal: War Stories from the Local Food Front.

Laura B. DeLind. Are local food and the local food movement taking us where we want to go? Or are we hitching our wagons to the wrong stars? Agriculture and Human Values. 2011. 28(2):273-283.